Do we get tired of making decisions? An article from The New York Times points to some research that takes a closer look at the idea of decision fatigue. The article provides the results from a number of studies and experiments by brain researchers that suggests our ability to make good choices degrades after long periods of thoughtful decision making. We, in essence, experience a loss in willpower resulting from decision fatigue. This can lead to surrendering to choices we might otherwise avoid.

What is decision fatigue?

If you have ever been involved in a day long set of meetings that had goals of reaching conclusion on a number of critical decisions, you may already have an understanding of decision fatigue. Early decisions receive careful scrutiny and thoughtful deliberation, but as the end of the day is reached, people are ready to accept expeditious alternatives to end the meeting and head off to dinner.

Research has been active in this area for some time, and similar effects have also been referred to as brain fatigue, mental or mind fatigue, and ego depletion. There seems to be broad agreement on the symptoms. However, a quick scan of the research indicates that there is not agreement on the cause.

Examples from some of the studies

The studies identify a number of examples that are used to demonstrate decision fatigue. Cases include:

It should be pointed out that these studies distinguish decision or brain fatigue from physical fatigue. Participants in the studies and experiments indicate that they are not physically tired. Conclusions suggest that our mental resources used for decision making are consumed or exhausted, causing our ability to decide between options to suffer after repeated decision tasks over an extended period of time. 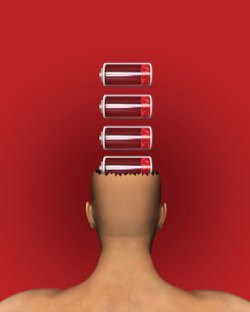 The suggestion from much of the research is that our decision making energy can be exhausted. Our willpower will diminish as we continue to make decisions, even small ones. John Tierney's New York Times article points to a brain glucose connection where sugar provided by lemonade appeared to mitigate decision fatigue.

However, the studies are not fully conclusive, and another researcher, Carol Dweck, questions the theory. She provides evidence that suggests that our beliefs about willpower actually determine how long we can stick to challenging mental tasks that include decision making.

What can we do to help prevent decision fatigue?

While the research provides some compelling evidence, conclusions can be risky due to lack of a proven cause-effect relationship. However, here are some ideas to consider that can help avoid the irrational biases that are suggested by decision fatigue.

The research into the concept of decision fatigue, while still evolving, does point to behavior we commonly experience. Using the tips above can help you avoid a loss in integrity in your decision making effectiveness.

Return from Decision Fatigue to Articles on Decision Making