Groupthink theory and its implications for group decision making methods

Groupthink is the name given to a theory or model that was extensively developed by Irving Janis (1972) to describe faulty decision making that can occur in groups as a result of forces that bring a group together (group cohesion).

There are a number of good references available on the topic, and I would suggest visiting wikipedia.org for a quick and easy to read summary.

The desire for group conformity and unanimity essentially overrides the need to decide effectively. 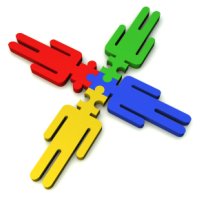 The Groupthink theory as progressed by Irving Janis has generated a lot of additional research on the topic. Of particular interest is the work done to attempt to validate his model. To benefit our ability make better decisions, it is important to confirm experimentally that the model is predictive, or more importantly, causal. Irving suggests that, in addition to high group cohesion, the following are the precursors needed to lead to groupthink:

Given these pre-existing conditions, one might wonder why the faulty decision making might not be attributed to some of the errors we have explored previously, such as those associated with decision timing.

Some of the follow-on research suggests problems with hindsight (Janis develops his model by looking at major past policy decisions) and insufficient definition, particularly with respect to the size of the group. An additional concern mentioned in the research is the derogatory use of the groupthink term as a way to criticize decisions that may not, in reality, be faulty.

The issue of conformity and group decision making 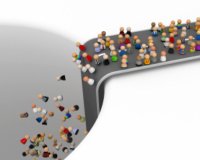 The potential problem of conformity deserves a closer look in the context of the team decision making process. For effective decisions, early definition effort must open the thought process. The group needs to adequately frame and characterize the decision situation and problem, and expand thought to identify a robust set of possible solutions that will create the need to gather information. Conformity during this stage of the process, or prior to evaluation of alternative solutions can be defective. When pressed for time, individuals may chose conformity as a way to relieve the resulting emotional stress.

However, after a solution is chosen, conformity, or alignment can be highly desirable to promote and accelerate execution of the selected solution. As a consequence, those supporting unselected alternatives must make their own individual decision to pursue the chosen solution alternative that in their mind is suboptimal, or even worse, inadequate. If a decision is evaluated based on the final result or outcome, because execution is included, conformity after selection can provide a large positive benefit. 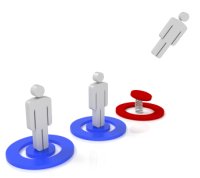 Despite the potential limits of groupthink theory, there are a number of improvements that are suggested from the model. The groupthink precursors point to some of the prevention opportunities that can be made part of an organization's group decision making methods and include:

If you are leading a critical team decision effort, here are two questions that can help quickly expose if the team has become victim to groupthink. They should be asked of all the participants in the group decision making activity.

What options did you consider?
What evidence or rationale do you have for supporting your position?