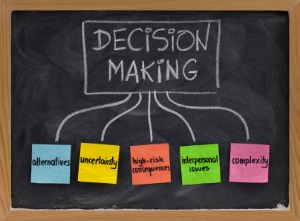 How fast should we decide? In our article on decision timing, we visualized the balancing effort that occurs between gaining knowledge that makes a choice more effective, and the loss in value that can occur due to a delay in decision benefits.

Imagine the case where, as complexity increases, all decision benefit is gone before knowledge is acquired that would enable a meaningful decision. As an example, responders to an emergency are contending with increasing loss of life and property for each minute of delay in acting. Still, understanding of the situation is critical to a suitable response.

As the rate of change in the environment increases relative to our needed response time, the need for fast decision making becomes a key driver in generating value. Complexity works to slow decision speed, making the problem worse.

Even the concept of complexity is becoming more complex. With a quick search of the web you will find many definitions with several authors expressing how difficult it is to define. Usually, complexity is recognized by an increasing number of parts within a greater whole (often a system) and an increasing number of interactions and/or relationships between the parts.

Indications of growing complexity when attempting to make fast decisions may include:

The speed of decision making will slow as complexity increases, and decision effort will increase even though value may be decreasing.

A decision loop describes that as we make choices, the outcomes from those choices can change the data and information we used to form those choices. Our decision makes a change in the world that could lead to a new and different solution alternative for the same decision. 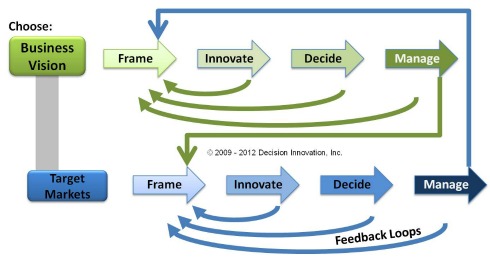 A simple example would be a strategic decision to enter and grow in a new market with a specific product. If successful, there is some point where market saturation would occur. This would change the data and information for the strategic decision, calling for a new strategic choice.

This kind of loop occurs frequently, and suggests why strategies need to be updated as outcomes become apparent. However, as complexity increases, decision loops can generate problems that increase the need for decision speed. For instance:

Complexity increases the number of parts and interactions that can lead to more decision loops. Decision speed needs to increase or the environment changes before the decision can have effect.

When does complexity become overwhelming? 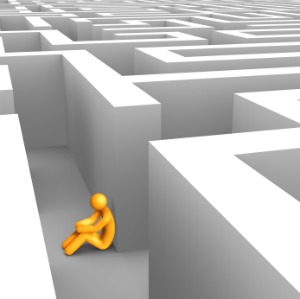 If complexity reaches a point where the current speed for deciding is insufficient to influence outcomes, we may have reached the point of overwhelming complexity. Being overwhelmed suggests being overpowered or overcome in thought and feeling. For a specific choice or set of decisions, we reach the point where we are unable, or feel we are unable, to influence the outcome. This can happen at a personal or group level.

It is important to distinguish feeling overwhelmed from the reality of being overwhelmed. Feelings could promote emotional decision making that will increase decision speed, but is likely to be ineffective in providing a desired outcome. Conversely, there are cases where evidence from the data shows our decisions no longer affect an outcome. Decision loops can be a factor, suggesting that increasing decision speed might provide a way to address the added complexity.

Increasing decision speed, the ability to make a useful choice faster, increases the number and complexity of decisions that can be addressed. It puts you, or your organization, in a position to achieve the highest value from decision timing. Here are some ways to enable fast decision making.

There is some point where it can become clear that decision speed will not solve the problem of complexity. Be ready to acknowledge limits. Some decisions are beyond our capability to control or influence. In these cases, look to change the decision focus.

We always have the choice of how to respond...