How to influence decision making while avoiding manipulation

In today's world of information overload we are inundated with content that is attempting to influence the decisions we make. We are exposed to influence for our personal, business, and consumer decisions through media, coworkers, friends, and family. In many cases, that influence may not be in our best interests, heading down the path toward manipulation.

High value decisions are likely to require the ability to influence others, either those making the decision or those impacted by the decision. How do we go about influencing people's choices, and where do we cross the line into manipulation? Ability to distinguish influence versus manipulation is a skill that can be critical to effective decision making.

First, it is important to recognize that we all have used and been subjected to manipulation. Lying, a key tool of manipulative people provides false information to the decision maker, and if undetected, will most likely lead to a faulty decision. This can be particularly destructive when the lie comes from a trusted source as the information is typically used without validation. When specific pieces of information become critical to the final decision, it is important to validate that information during the decision making process. As President Ronald Reagan said, "Trust, but verify."

Most forms of decision manipulation are more subtle than lying, with many tracing back to use of cognitive errors and biases that ultimately manipulate emotions. Appealing to emotions becomes a method to override the critical thought that often leads to a better decision. Just understanding how we decide emotionally can provide a defense to manipulation of our choices. 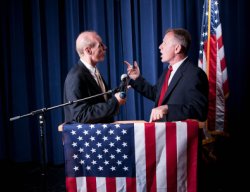 A classic example of this is seen in the use of the Anchoring bias during the election campaign process. Politicians will use the human predisposition to rely too heavily, or "anchor," on one fact as a way to sway voters to their point of view even though other information should be considered when choosing a position.

Examples of advertising techniques used to influence, and sometimes manipulate, our purchase decisions

Two recognizable advertising approaches that you have likely experienced use scarcity or free to influence decision making, and sometimes manipulate desired action. Advertisers will often say that there are a limited number of products available at a sale price, motivating a decision to act quickly. In some cases there will be a countdown of the items as they are sold to motivate a quick decision before the last item is sold.

In many cases the scarcity of product may be valid as a purchaser made a limited buy where a profit can be made at the sales price. Alternatively, I have also seen the case where new quantities of the product magically appear as the original quantity is sold. So is this influence or advertising manipulation? As it is difficult to determine intent, it is important to recognize that scarcity does impact our emotions, and can be resisted when identified. 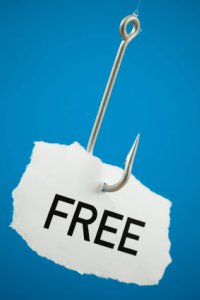 The power of free is also hard to resist due to a number of emotional benefits. What risk can exist when you get something for free? What about your time? In almost all cases, something free requires an investment of your time to establish worth, utility, or build a relationship; time that might be spent on other things. In most cases, a company is exchanging value for your time investment. The key is to recognize this exchange during the decision process, overriding the emotions that could lead to a significant loss of time for something you may not really want. Another manipulation technique is to offer something for free, but require that you pay shipping and handling charges that are unnecessarily high. So is it really free?

Emotional biases can also be used to manipulate decision making as strong emotions tend to override logical reasoning. Associations with food or sex are approaches used in advertising to illicit pleasurable emotions that can override critical thinking. Fear, uncertainty and doubt are also used, in some cases, to actually stall or delay a decision. Peer pressure, social influence, or the desire to fit in, can motivate disastrous choices, particularly when the decision maker doesn't have the discernment needed to detect the manipulation. Emotions are a needed element in choosing, but an emotional rush should be a warning for possible manipulation.

How do we distinguish manipulation from influence? Influence encourages the decision maker to reach a conclusion on their own. Manipulation attempts to prevent that free choice and do the thinking for them.

When trying to influence decision making, focus on providing information and opinion (also information when clearly separated from facts) that helps the decision makers evaluate alternatives based on their success factors. It is also appropriate to suggest factors they might not have considered. Most decisions will determine success based on variants of the following factors or criteria:

Ultimately, our values must motivate ethical decision making that avoids emotional manipulation. Monitoring our emotions can help us avoid moving from influence to manipulation as well as detect when we might be experiencing manipulation by others.