When is intuitive decision making beneficial? 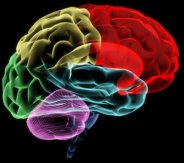 Recent research into the workings of our brain has stirred the debate with respect to intuitive decision making versus rational decision making. How much we should rely on intuition when making difficult decisions? In his book, The Power of Intuition, Gary Klein suggests that 90 percent of critical decisions are made using our intuition. Even if only partially true, this would suggest that any approach to improved decision making should address this decision making style.

What do we mean when we talk about intuition?

When talking about intuition we are describing something that is known, perceived, understood or believed by instinct, feelings or nature without actual evidence, rather than by use of conscious thought, reason, or rational processes. This does not imply that intuitive decision making is irrational. Instead, we mean that the explanation for a choice is not directly available through conscious or logical thought.

Brain research points to parts of the brain that work simultaneously with our conscious thought processes, acting as parallel intelligent systems. These systems will create responses (usually emotional) that compete with each other in determining a person's response. When guided by experience with a previous pattern, these responses could be considered the result of intuition.

Problems with intuition and decision making

Intuition plays a significant role in the choices we make. Unfortunately, working alone, intuition can be the source of significant errors in the course of making a decision. Here are some of the problems with intuition that can be avoided with a structured decision making process.

Can intuitive decision making be learned and improved? 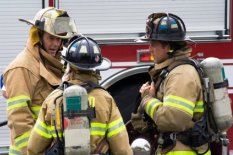 Experts at MIT (Matzler, Ballom, and Mooradlan, 2007) and the Marine Corps (Krulak, 1999) believe so, and so do we. Cognitive models are continuing to be developed and evolved that help us understand intuition and decision making. The Recognition Primed Decision Model, developed by Gary Klein and others, suggests that recognition of patterns or cues is an important element of intuitive decision making, along with an ability to perform a rapid mental simulation of how an option would perform against other previously successful outcomes. This model, and others, point to the following approaches for improved intuitive decision making:

When does it make sense to use an intuitive decision making style?

Starting with the easy case, it certainly is reasonable to use intuitive decision making for trivial or low value decisions. Decision failure will have little consequence, and intuition will provide for a quick selection. These decisions are simple, unimportant, and in many cases may result in habit. Choosing the same kind of coffee everyday because you are happy with how it tastes is a good example.

Decisions that involve emotions are often subject to a fair amount of intuition and will often play a major role in personal relationships. However, emotions can change, and when relationships run into difficulty, do not be surprised if your intuition is no longer generating the outcomes you expect. At these times, relationships take work because intuitive decision making has to become more open, explicit and rational. People find that they may need to make choices that are not supported by their emotions.

Finally, when speed is critical to a successful outcome, expect to have to rely more heavily on intuitive decision making. Examples include choices made in battle or by first responders arriving at a crisis scene. In both cases, participants undergo extensive training that helps build the experience patterns that will improve intuition and decision making.