As proponents of a rational decision making process, we continuously must contend with the question, "If we are (or desire to be) rational beings, why do we so often make irrational choices?" Recognize that an irrational choice is one that does not seek to provide the best possible outcome.

This question leads us into the realm of cognitive psychology where significant study has revealed numerous ways in which we tend to not be rational. In Dan Ariely's book, Predictably Irrational, numerous cases are explored where we are not only irrational, but we are predictably (based on statistics) irrational. Dan cleverly exposes some of the many cognitive biases and thinking errors that lead to choices that violate the rational thought pattern.

Errors related to thinking too positive 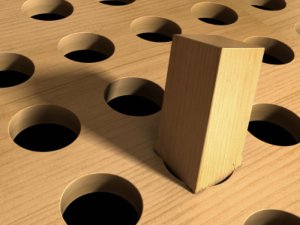 We are often encouraged to remain positive when dealing with tough problems or decisions. While this may be good general advice, there are some cognitive errors and biases associated with thinking too positive:

Errors related to thinking too negative

It is easy to get focused on the negatives in a situation, especially when things aren't going well. Here are some of the thinking errors that occur when we move too far to the negative:

Errors related to thinking too little, or not at all

In an era of instant gratification, cognitive errors that come from thinking too little may be a source of many of today's problems. Here are some of the errors that characterize too little thought:

Relying too heavily on emotions

The Interdependence of emotional and rational thinking is powerfully presented in recent neurobiological studies that establish that emotion is essential in rational decision making. However, it is important to recognize that thinking errors abound when we appeal to emotion or start to reason emotionally.

Feelings are valid, and can convey important information about ourselves. They can be positive, negative or ambivalent, but they reflect our lens into the world that may have little to do with what is actually out there. Avoiding emotional decision traps requires close scrutiny of feelings experienced during the decision making process.

Some techniques to deal with thinking errors when making decisions

With all the potential decision traps given above, it might cause one to wonder how anyone can ever make an effective decision. Here are some simple techniques that can go a long way in overcoming these thinking errors: