Quotes about freedom and having the power to choose

Freedom creates the opportunity to determine action without constraint. Use these quotes about freedom to motivate and inspire your most creative decision making. 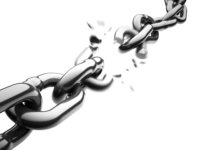 "Freedom in general may be defined as the absence of obstacles to the realization of desires." - Bertrand Russell (1872 - 1970), British Philosopher, Mathematician, and Historian

"Everything that is really great and inspiring is created by the individual who can labor in freedom." - Albert Einstein (1879-1955), Physicist and Nobel Laureate

"Our greatest happiness does not depend on the condition of life in which chance has placed us, but is always the result of a good conscience, good health, occupation and freedom in all just pursuits." - Thomas Jefferson (1743 - 1826), 3rd President of the United States

"The secret of Happiness is Freedom, and the secret of Freedom, Courage." - Thucydides (460 BC - 395 BC), Greek Historian

"In the process of gaining our rightful place, we must not be guilty of wrongful deeds. Let us not seek to satisfy our thirst for freedom by drinking from the cup of bitterness and hatred. We must forever conduct our struggle on the high plane of dignity and discipline." - Martin Luther King Jr. (1929 - 1968), American Clergyman and Civil Rights Activist

"The cost of freedom is always high, but Americans have always paid it. And one path we shall never choose, and that is the path of surrender, or submission." - John F. Kennedy (1917 - 1963), 35th President of the United States

"Only our individual faith in freedom can keep us free." - Dwight D. Eisenhower, 34th President of the United States

"In the end, they wanted security more than they wanted freedom." - Edward Gibbon (1737 - 1794) English Historian and Author of The History of the Decline and Fall of the Roman Empire

"Freedom is independence of the compulsory will of another, and in so far as it tends to exist with the freedom of all according to a universal law, it is the one sole original inborn right belonging to every man in virtue of his humanity." - Immanuel Kant (1724 - 1804), German Philosopher

"And this I believe: that the free, exploring mind of the individual human is the most valuable thing in all the world. And this I would fight for: the freedom of the mind to take any direction it wishes, undirected. And this I must fight against: any idea, religion, or government which limits or destroys the individual." - John Steinbeck (1902 - 1968), American Writer receiving the Nobel Prize for Literature in 1962

"You have a choice. Live or die. Every breath is a choice. Every minute is a choice. To be or not to be." - Chuck Palahniuk (1962 - ), American Novelist and Freelance Journalist

"Mankind is at its best when it is most free. This will be clear if we grasp the principle of liberty. We must recall that the basic principle of liberty is freedom of choice, which saying many have on their lips but few in their minds." - Dante Alighieri (1265 - 1321), Italian Poet

"Man is a being with free will; therefore, each man is potentially good or evil, and it's up to him and only him (through his reasoning mind) to decide which he wants to be." - Ayn Rand (1905 - 1982), Russian-American Novelist and Philosopher

"Every human has four endowments - self awareness, conscience, independent will and creative imagination. These give us the ultimate human freedom. The power to choose, to respond, to change." - Stephen R. Covey (1932 - ), American Author

"Freedom is not worth having if it does not include the freedom to make mistakes." - Mahatma Gandhi (1869 - 1948), Indian Political and Spiritual Leader

"Those who dream by night in the dusty recesses of their minds wake in the day to find that all was vanity, but the dreamers of the day are dangerous men for they may act their dream with open eyes and make it possible." - T.E. Lawrence (1888 - 1935), British Army Officer

"Liberty, taking the word in its concrete sense, consists in the ability to choose." - Simone Weil (1909 - 1943), French Philosopher

Quotes about freedom and responsibility 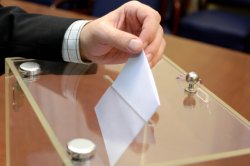 "Most people do not really want freedom, because freedom involves responsibility, and most people are frightened of responsibility." - Sigmund Freud (1856 - 1939), Austrian Neurologist

"Freedom is not a reward or a decoration that is celebrated with champagne...Oh no! It's a...long distance race, quite solitary and very exhausting." - Albert Camus (1913 - 1960), French Author, Philosopher, and Journalist

"Freedom is the will to be responsible to ourselves." - Friedrich Nietzsche (1844 - 1900), German Poet and Philosopher

"To know how to free oneself is nothing; the arduous thing is to know what to do with one's freedom." - Andre Gide (1869 - 1951), French Author and received the Nobel Prize in Literature in 1947

"I think of a hero as someone who understands the degree of responsibility that comes with his freedom." - Bob Dylan (1941 - ), American Singer-Songwriter, Musician, and Poet

"The price of apathy towards public affairs is to be ruled by evil men." - Plato (~427 BC - ~347 BC), Greek philosopher and Mathematician

"If liberty means anything at all, it means the right to tell people what they do not want to hear." - George Orwell (1903 - 1950), English Author and Journalist

"People demand freedom of speech to make up for the freedom of thought which they avoid." - Soren Aabye Kierkegaard (1813 - 1855), Danish Christian Philosopher, Theologian and Religious Author

"Do not keep silent when your own ideas and values are being attacked. If a dictatorship ever comes to this country, it will be by the fault of those who keep silent. We are still free enough to speak. Do we have time? No one can tell." - Ayn Rand (1905 - 1982), Russian-American Novelist and Philosopher


Return from Quotes about Freedom to the Decision Quotes page