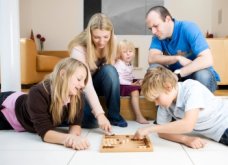 In the context of decision making, games fall into three major types: games of skill; games of chance; and games of strategy.

In games of pure skill the player has control over outcomes based on their level of skill. As skill is improved, there are improved outcomes, typically reaching a point where skill has reached a level where there are no additional rewards or benefits. At this point, the player has mastered the game, and additional challenges must be sought elsewhere.

For games of chance, the other player is nature. For these games the player does not control the outcomes completely, and in some cases, not at all (e.g. flipping a coin). Games of chance are further categorized into games of risk (probabilities known) and uncertainty (probabilities unknown), clearly exposing the player to thought processes that can influence decision making skill.

Decision games of strategy involve two or more players, each having incomplete control over the outcome. Strategy games are classified in the context of their underlying goals or requirements. These goals consist of cooperative, competitive (or zero-sum), and mixed motive, reflecting the motivations driving the decision thought process.

Most decision making games combine elements from these three major types, providing for a learning environment that can provide great opportunity for developing and improving decision making skill.

Here is our growing list of great decision making games

Here are our recommendations for games that provide a great environment for developing decision making skill and intuition.

Tic-Tac-Toe (Noughts and Crosses) - A simple game in concept, tic-tac-toe has 255,168 possible games. Its simplicity allows for recognition of move patterns that lead to winning outcomes or a draw.

Game of Life - This game simulates a person's movement though life, exposing players to a number of key life choices including marriage, having children, going to college and choosing a job.

Legend of Zelda - An action adventure game that includes role-playing, this game encourages exploration, learning and skill development, to reach successful outcomes. This game excels at encouraging exploration of options, and saving (or recalling) decision paths that ultimately lead to success.

SimCity - This game simulates building cities, exposing the player(s) to a number of decisions for running a city. These include zoning, changing tax rates, adding infrastructure for services, and responding to disasters.

Flight Simulators - This software simulation game provides a great no-risk environment to experience decisions involved with flying a plane, including dealing with the weather.


Learning about risk and uncertainty - decision making games of chance

Blackjack (Twentyone) - This well known card game demonstrates how simple rules with known probabilities can be used in chance outcomes to increase wins, or minimize losses.

Craps - Craps uses dice to provide a game of chance with known probabilities. In casino craps, there is a house advantage for all bets. Like Blackjack, the best strategies will minimize the rate of loss.

Bingo - The most common version of this came has 5 by 5 matrix cards with 75 possible numbers leading to greater that 5 x 1026 possible arrangements. This game exemplifies uncertainty and shows that our decisions do not have influence over some outcomes.

Highest card (War) - This two person game, played mostly by children, also demonstrates uncertainty in outcomes, leading to a wide variation in the length of play for a single game.

Yahtzee - A game of chance, Yahtzee is a decision making game that requires decisions during play on which dice to keep when trying to make certain combinations. Probabilities are known, so risk is being managed with successive roles of the dice.

Chess - Considered the best strategy game by many, this classic game helps build skills in visualizing future goals or outcomes and recognizing patterns that will evolve based on the likelihood of future decisions during play. The best strategy game players are able to project very long sequences of moves.

Bridge (contract bridge) - Bridge encompasses skill and chance with imperfect information and communication. The complexity of the game comes from arriving at a good final contract during the auction.

Uno - This game is among a number of card shedding decision games that has elements of strategy and partial information during game play.

Reversi (Othello) - This strategy game has perfect information with no chance. It helps teach logic and visualization of future outcomes similar to chess.

Risk - A game of global domination, Risk has all elements of a decision making game: competitive and cooperative strategy, risk with known probabilities, planning, negotiation, and skill development. Emotions also come into play as early alliances must ultimately be betrayed to win the game.

Backgammon - The history of Backgammon goes back 5000 years. This game has elements of strategy and chance, and develops calculation techniques to determine number of dice rolls needed to finish the game.

Hearts - An evasion game, this trick taking game has elements of cooperative and competitive strategy, chance, and skill. Play decisions improve based on the ability to read the cues and tendencies of the other players.

Poker - Outcomes in this game are determined by probability and the psychology of the players. Rationally, the players should be placing bets based on expected value, an important concept in decision making.

Cribbage - A pastime of submariners, this game of strategy and chance builds pattern skills by grouping cards in certain combinations.